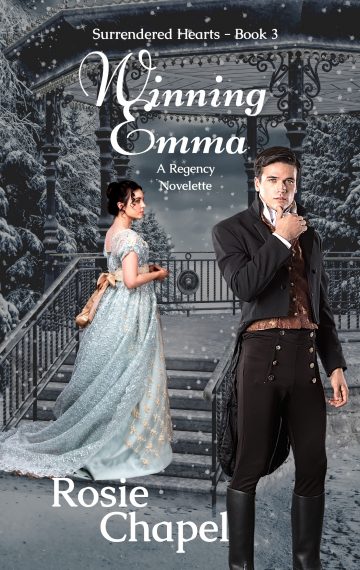 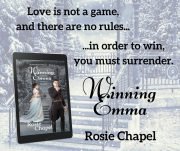 Randolph Craythorpe – earl, covert operative, and occasional highwayman, treats life much like a game. There was the game of shadows he played, for King and country. The game he was playing with Lady Charity – in retaliation for Lady Felicity’s betrayal, which amused him for a while, but the fun had begun to pall, leaving him strangely empty.

This led, uncomfortably, to the game he was playing with romance. What he felt for Felicity is trifling compared with the myriad of emotions Emma Newbury, Charity’s companion, elicits. Unfortunately, Emma seems indifferent to him, a predicament doubtless exacerbated by his churlish attitude.

It was quite simple really — if he lost her, the game was over. Nothing else mattered, not even their difference in status. He had to win, he had to win Emma, win her heart, win her soul, but this game followed a different set of rules — one wrong move and he would lose her.

Winning Emma is available, worldwide, from your favourite ebook retailer.