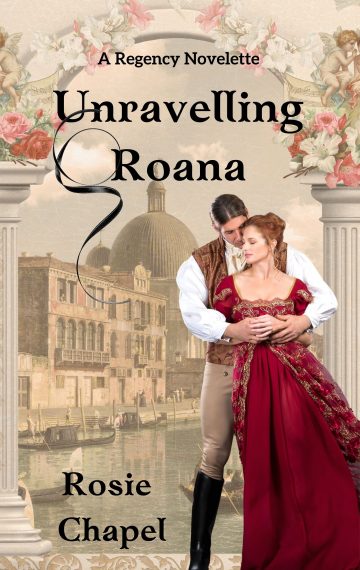 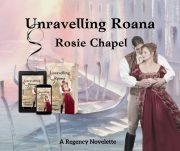 Tired of being ignored by her husband, Roana Dumont, Countess of Brooketon does the one thing guaranteed to get his attention. She runs away… to Venice, leaving behind a set of riddles for him to solve… if he feels their marriage is worth saving.

Gideon Dumont, 6th Earl of Brooketon is flabbergasted when he discovers his wife has apparently vanished off the face of the earth. A series of puzzles, the only clue as to her whereabouts.

The question is… will he unravel them?

“I have a hankering to travel. To immerse myself in art and antiquity. To explore in a manner reminiscent of those who ventured on a Grand Tour, although on a much smaller scale. Herein lies my favour. Please ask Hugh whether I might be permitted to join his ship headed to Venice three days hence?”

Roana had a lot riding on Hugh Drummond approving her request, not least a clue left at Brooketon Manor. 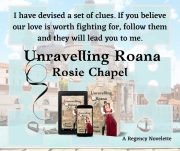 Confounded, Helena gaped at Roana. This was the last thing she expected to hear.  “Ro… you… cannot… but… how…?”
She shook her head and tried again.
“Venice?” The word delivered in a high-pitched squeak.

“Two of my colleagues are going. They have been afforded an opportunity not only to assist in the conservation of some artefacts, but also to study the techniques employed in art restoration. I have a little experience from my work at the museum and believe six months away from here might help heal my heart, as well as give Gideon the space he so obviously desires.”  Roana faltered again, and she felt tears threatening.

With supreme effort, she regained her composure and gripped Helena’s hand. “Please, Helena, I realise ’tis a lot to ask, and am aware voyages are fraught with risk, but if I stay here nothing will change.”

Unravelling Roana is available, worldwide, from your favourite ebook retailer, and in paperback