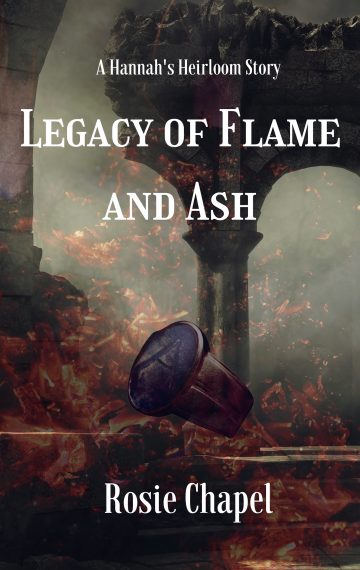 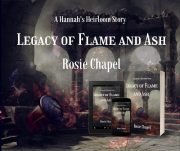 Since completing Embers of Destiny, I had toyed with the idea of writing a story featuring Marcus; a notion aided and abetted by a wonderful friend who kept pestering me to do so. Throughout the trilogy he remains ever-so slightly in the background. In some ways, he is the quiet backbone of the stories; staunch supporter of and loyal second to Maxentius, and becoming as a brother to Hannah.

Early last year (I blame lockdown) a hint of a plot sprang to mind. It tied in with a yearning to set at least some part of a book in Herculaneum, and to involve an Italian Carabiniere. Again it would mix the modern and the ancient… the question was… how?

The so-called ‘boatsheds’ at Herculaneum hold a fascination for me. Those poor souls who thought the vaulted caverns would save them from the looming disaster, only to become their tombs. Could I incorporate them into a story without being disrespectful?

My quest was aided because I hardly mention Marcus’ family. They are alluded to in passing, nothing more than him being descended a long line of farmers. That left me with a broad scope of possibilities and the idea took hold.

What if Marcus’ brother traded in wool? What if he was in Herculaneum when Vesuvius erupted? Now I needed to create a reason for the connection between the modern world and that of Marcus. A stolen artefact? One which  would bring a Carabiniere to Northumberland, where he meets Hannah and her assistant, Bryony… whose family can be traced back millennia.

That might do the trick… and so it began!

An unremarkable family ring — lost when its owner was killed in the catastrophic eruption of Vesuvius — is excavated after nearly two millennia buried under tons of lava, setting off an extraordinary sequence of events.

A brazen robbery, and the ring is lost again. The theft and subsequent investigation, inspire twelve-year-old Cristiano Rossi to dedicate his life to the search and recovery of stolen artefacts. 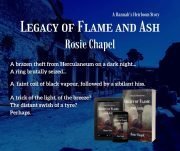 Fast forward twenty years. Whispers of a rare item being offered for sale on the black market, initiates a joint operation between the Italian and British branches of the, colloquially named, Art Squad.

Hannah Vallier and her tech savvy assistant, Bryony Emerson — whose abilities to track down the untraceable, led to them assisting the UK Art and Antiquities Unit — have unearthed an intriguing thread. Reluctantly, Cristiano agrees to team up with the pair to thwart the traffickers, retrieve the artefact and, hopefully, dismantle the site.

What ought to be a routine assignment is complicated by a rogue operative, an unexpected romance, an ancient connection, and a very angry ghost!

Legacy of Flame and Ash is available worldwide from your favourite ebook retailer, and paperback.