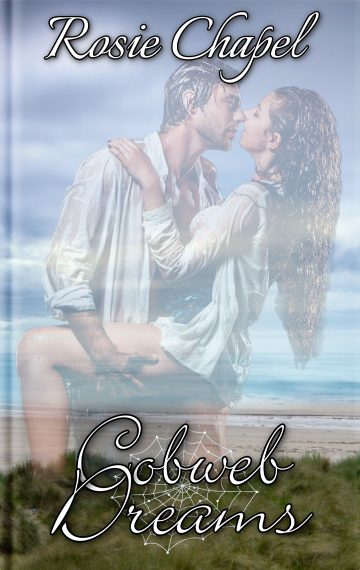 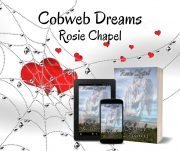 A holiday on the Scottish isle of Mull was just the break Chloe Shepherd needed, an escape from her boring office job and her complete lack of anything resembling a social life.

Romance, it seems, isn’t on the cards and, although Chloe dreams of finding her soulmate she is beginning to believe love is like cobwebs — spun overnight, only to vanish in the early morning breeze.

Under sufferance, Dominic Winters makes a flying visit to Mull to check on a rental property owned by his family. He hasn’t got time for this — so indulging in a holiday fling is the last thing on his mind.

A lamb stuck in a bog proves a most unexpected matchmaker and, while Mull weaves its magic, Chloe wonders whether those fragile cobwebs might be far more stubborn than she thought.

Snippet
They sat in comfortable silence for a few moments, then Dominic remarked, “I’m not sure of the best way to phrase this, it’s new to me, so I’m just going to say it. I’ve extended my holiday for a week. I think we’re on the brink of something really special and would like to… hmmm… explore it… errr… further.”

He flicked his hand between them. “If you think it’s something you might be interested in doing… errr… sharing… discovering…” He cursed his inability to articulate what he wanted to say, way to sound like a bumbling idiot… while distractedly running his fingers through his hair, making it even more dishevelled.

Wide-eyed, Chloe gaped at Dominic. His face was flushed, his body language, awkward — clearly, this admission did not come easily to him. Perhaps he rarely had such discussions. Something she was inordinately pleased about.

An unfamiliar glow settled around her heart. He wanted to stay!

Maybe this was more than a cobweb dream, woven overnight only to be whisked away by an early morning breeze.  She stretched across the gap between the sofa and the chair and grasped his hand. “I would like that very much.” Her voice not much more than a whisper.

The relief washing over Dominic’s face was almost comical, but all amusement fled when he stood, drew her upright and kissed her as though he never wanted to let her go.

Cobweb Dreams is available, worldwide, from your favourite ebook retailer, and in paperback.