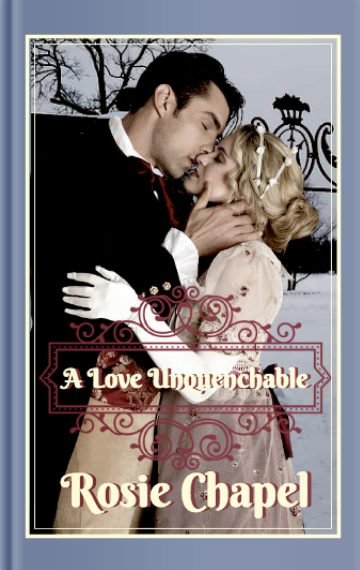 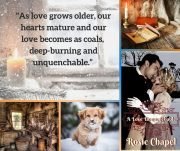 Jessica Drummond is a bright and cheerful young woman, who rarely gives romance, let alone love, a thought. Long hours working in her brother’s shipping office, affords little chance of her ever meeting an eligible bachelor.
Duncan Barrington, veteran of the Napoleonic Wars, believes himself wounded in both body and soul. He has no intention of inflicting his demons on anyone, certainly not a beautiful and, in his opinion, irresponsible city lady.
One cold and snowy morning, the plight of a bedraggled puppy throws Jessica and Duncan together and, as a spark of something indefinable yet wholly unquenchable begins to burn, it is unclear who rescued whom.

A Love Unquenchable took much longer to complete than any of my previous three Regency Romances. I’m unsure why, because Jessica and Duncan had been badgering me to write their story well before Love on a Winter’s Tide was finished. Maybe it was the subject matter. I had no intention, when I began writing, to include much about battle injuries, trauma and treatments, they would be more of a side note rather than the main theme. The more I researched, however, the more fascinated I became. 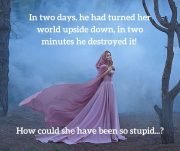 The catastrophic injuries inflicted during the Napoleonic Wars and the inordinate numbers of returned servicemen, who required ongoing care, seemingly resulted in all manner of innovations across every branch of medicine. Moreover, I was intrigued to find out what happened, if anything, to those who suffered long term trauma.

Was there any empathy for them or were they ignored, assumed to have been taken by madness and consigned to an institution?

What about those who had lost limbs and had no family to assist with their everyday needs? Yes, there were places like Bethlem Royal Hospital (popularly known as Bedlam and synonymous with insanity) where many ended up, but were there other establishments whose aim was to provide a safe environment in which veterans could heal and maybe go on to enjoy meaningful lives?

It was these questions, which refused to be quieted and so my story followed a completely unexpected direction, but one I feel is the better for it.

A Love Unquenchable is available, worldwide, in ebook and paperback…