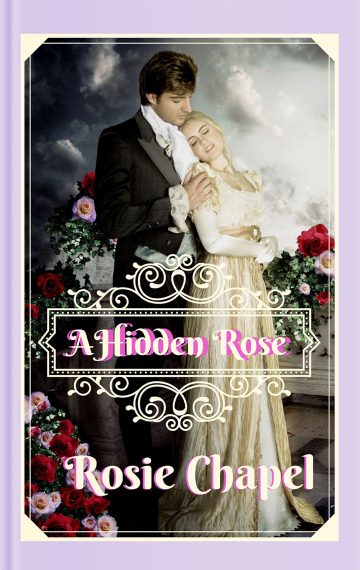 A Hidden Rose happened by chance. While I always intended to write five books in this series, that the story would revolve around Nick Drummond was a surprise to me. I was heading in a completely different direction, and to be honest struggling for inspiration. Then, one day while scouring the Period Images website for something else, I came across this picture. That was it, ideas started flowing and a new love story unfolded. The tale begins in Runswick Bay, a beautiful village on the North Yorkshire coast, and a place I visited many times when growing up.

Brought together in the aftermath of a severe storm, Nick and Rose come from very different worlds. His family own a prosperous and rapidly expanding shipping company, she is the daughter of the local doctor.  A romance seemingly doomed before it starts, with an underlying theme of rescue, in one form or another.

The Blurb…
After witnessing his mother’s grief at the loss of his father, Nick Drummond resolved never to cause someone he loved such distress. Even the happiness of his siblings would not sway him ~ until he met Rose.
Rose Archer was almost content, assisting her doctor father in a tiny fishing village in the north of Yorkshire. To experience the world beyond, a tantalising dream ~ until she met Nick.
Unexpectedly, the impossible becomes possible, and the renounced ~ desired above all things, but the shipwreck that brought them together, may yet tear them apart. Will Nick learn to trust his heart, or will his love for Rose remain forever hidden?

To include a shipwreck in my story allowed me to introduce the Zetland, which is the world’s oldest surviving lifeboat. The treacherous waters off the north east coast of England saw enough wrecks that, in 1802, a dedicated lifeboat was built. Prior to this, local fishing boats were relied upon to rescue people from stricken vessels. The Zetland, which only lost one crew member in the whole of its 78 years service, is credited with saving over 500 lives, and is now conserved for posterity in its own museum in Redcar. The courage of those men who dropped everything, and still do, to risk their lives for others in the most perilous of circumstances, never ceases to astound me.

Exploring the seedy underbelly of Regency London was another fascinating area of society I fell upon, while writing this book, and again, was an unexpected twist. In Love on a Winter’s Tide and A Love Unquenchable, my heroines become involved with a disregarded, although not quite forgotten sphere of society. A Hidden Rose delves a little deeper, touching on what is often described as the oldest profession.  By 1819, despite a long-standing ban on keeping a brothel, they continued to exist. Thus, precise locations of bawdy houses remained vague, and patrons never revealed their whereabouts. Moreover, the trade was not touted as such, relying on an owner being canny enough to circumvent the law, advertising his, or her, establishment as a bar or gaming hell — the ‘serving wenches’ simply a bonus. A woman lost and alone would prove easy prey for an eagle eyed proprietor – and had very little chance of escape or rescue. To many who would otherwise starve – it seemed a roof, a bed, and a meal was a worthwhile trade-off.

As I was finishing this novel, I decided I would like to name the series it is part of. Linen and Lace kept pestering at me and I realised it fitted perfectly. My five couples hail from a cross section of Regency Society, yet despite their diverse backgrounds, and the rather unconventional way each met their spouse, belong to a close circle of family and friends, all of whom married for love.  J.F. Holland, fellow author, and generous friend penned a toast, which is now at the beginning of each book.

The Linen and Lace Clan
An exclusive club, only accessible to the fortuitous few.
Those who – no matter their differences in money, title, background or position – marry for love. In an era when status, influence and wealth are bolstered under the guise of marriage, you are like rare gemstones – admired and envied. May your mutual respect, and true affection for one another, be the beacons by which you navigate the rough and the smooth of life’s journey. Therefore, whether your clothing be of the cheapest linen or the finest lace, may the blend of either or both bring the richest and happiest union.

Although, sad that this is the end of a series, it may not be goodbye…
A Hidden Rose is available worldwide from Amazon.