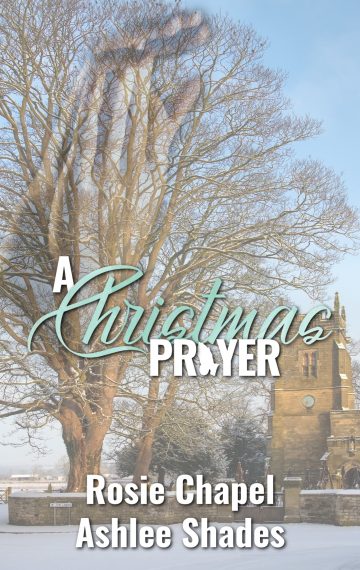 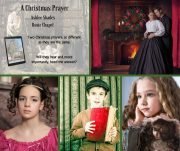 An entreaty from a frightened child.

Orphaned and only nine, Caroline Thorne has to grow up before her time. She is doing everything she can to keep what is left of her family together and out of the workhouse but is terrified her prayers are not being heard. Or maybe they are…

A petition from a woman desperate for a family.

A chance meeting with three orphaned siblings, tugs at Elizabeth Barrington’s heart strings. Thus far, she and her husband have not been blessed with children and, as Christmas approaches, a plan begins to form – one which might just be the answer to her prayers.

Two Christmas prayers, as different as they are the same.

Will they hear and, more importantly, heed the answer?

Snippet
“Caro, come and look at this,” Michael’s piping tones interrupted her reverie.

She looked around trying to see her siblings, spying them crouched in front of the rood screen. Grudgingly, for she was comfortable on the cushioned seat, Caroline edged her way out of the pew and tiptoed down the central aisle. Coming to where Michael and Amy waited, she gasped in surprise.

Before her, a beautiful nativity scene, complete with ox, donkeys, shepherds, and an archangel. Carved from wood, it had been skilfully painted when new. The colours were fading now — here and there down to bare wood where eager hands had grasped the figurines, year after year.  Mary and Joseph knelt on the straw strewn floor of a wooden stable. Between them, in a manger — lined with hay and a square of cloth — lay the baby Jesus, snugly swaddled.

Circling the holy family, were four shepherds, two donkeys, and two oxen, while at their feet, three tiny lambs curled up fast asleep. Above the stable, someone had cleverly affixed the archangel, so the messenger appeared to float, delicate wings made with real feathers, spanning the rickety roof.

Caroline was mesmerised. She sank onto the cold flag stones, the simple scene thawing her frozen heart… just a little.

“Caroline, may we make a wish?”

Caroline stared at Amy and was about to scorn her request, when something in the child’s cherubic face stopped her, and she nodded slowly.

After all, what harm could it do?

A Christmas Prayer is available, worldwide, from your favourite ebook retailer.