A little bit about me

Becoming a writer was something I dreamt of doing when I was younger — more years ago than I care to count — but did not have the confidence to give it a go. Recently, after a long career in admin, I returned to university where I studied classics and ancient history, with a bit of medieval thrown in. This proved to be something of a catalyst.

Initially, I intended… hoped… to continue along the academic path, but several things intervened, and I had to put that plan on hold. Then, my husband — yes, it’s all his fault — asked whether I’d ever thought about channeling my love for all things ancient into a book. I confess, I laughed… a lot… but his suggestion refused to be ignored. Not even sure I had the talent to come up with an original idea, I realised, I wanted to try.

My favourite historical period is Ancient Rome, specifically the first century AD, so this became my starting point. After coming up with, and discarding, various scenarios, I found an essay I’d written which mentioned Masada. Although I have never visited this site, it haunts me; so much history swirls around it. The more I researched, the more compelled I felt to set my first novel there. The Pomegranate Tree is the beginning of a tale which spans two thousand years, connecting the lives of two women and the two men who love them. 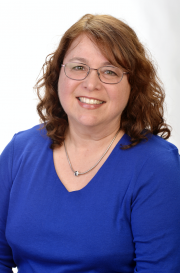 While I love Ancient Rome, I am passionate about history in all its forms and, as I was finishing my Hannah series, the Regency era… think Jane Austin… caught my attention. Not a period I knew much about and relatively short, years-wise, I was soon hooked. Since then, the characters clamouring to have their romances told have become as important to me as those in the ancient world. Learning the dialogue, lifestyles and social mores is endlessly fascinating, and I can lose myself for hours — which is great fun.

In between the above, a series of contemporary romances pestered, most of which are loosely connected to each other. It is fun to be able to write without worrying about how people got from A to B, how they communicated when not together, and being able to enjoy such luxuries as proper bathrooms, along with a wide range of restaurants and coffee shops!  That said, I think they are probably more along the lines of a traditional Mills and Boon type romance… at least the ones I remember reading as a teenager.

I hope the little bit of magic I have tried to create in my novels touches you in the way the characters in each book have touched me.

Thank you for joining me on this journey, why not stick around… you never know who you might meet!